The Vanishing Kings films brought the complete life story of the “Five Musketeers” to the stage, bringing the desert lions international fame. Where life began in such a promising way for the five male lions, it had to end in a tragic way.

For the three little sisters, who were born a few years after the Musketeers, life in the desert began in a ruthless way almost immediately, when they lost their mother before they were one year old. The orphans seemed to have no future without the help of their aunt. However, Auntie had not yet given birth to cubs and, despite natural instinct, did not know what to do with the little ones and actually rejected them decisively. The lack of a broader family structure, as is often the case with the lions of the savanna, put the three cubs in direct danger. But thanks to their enormous urge to survive, they were able to specialise in hunting water birds at the oases and on the coast. Some time later they discovered the washed up carcasses of seals, and now they regularly come to the sea at night to hunt these carnivores even in the surf of the cold Atlantic Ocean – a phenomenon that is unique and has not occurred anywhere else. Once again the desert comes with an extremely intriguing story – a story that of course we couldn’t resist for what it was … 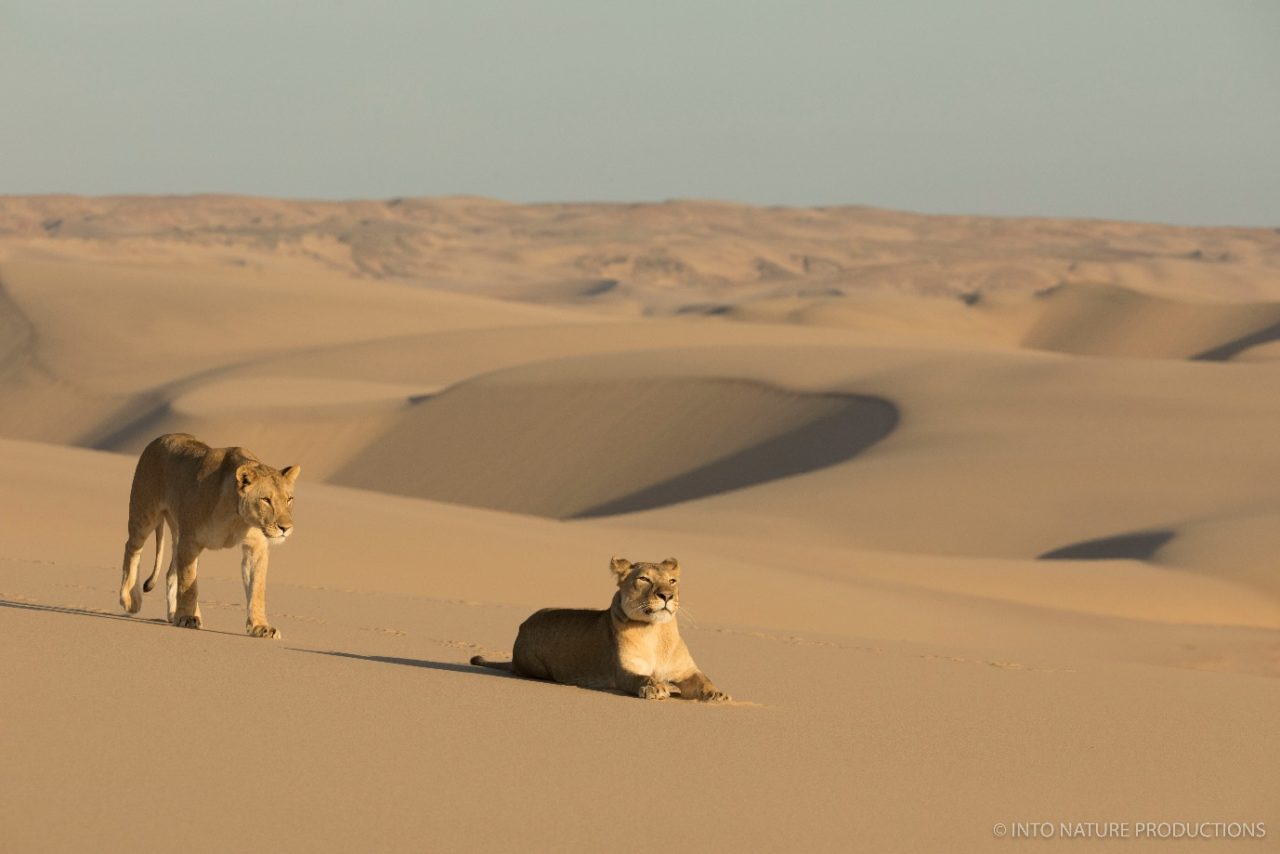 We got to know the orphans when they were just eight weeks old, during the second part of our Vanishing Kings duo film. They are now three and a half years old, and we have recently been able to accompany researcher Dr Philip Stander several times in the desert after the fundraising events in the Netherlands and Belgium, to record the special experiences of these young lionesses. Using the latest night camera technology via the BBC, I was also able to record their actions at night. As Philip always says: “the desert brings out the best in a lion.” These animals are capable of so much more than what you will ever see a lion in the savanna do. Here, their harsh environment demands that they go to extremes – and the three orphans have proven themselves like no other. As difficult as their start, they are now as successful – and thanks to the food sources on the coast, they are doing better than any other desert lion.

In the coming years we will continue to follow the coastal lions and hope to bring you a film like never before. Lions playing in the dunes. Lions hunting by the sea. Lions that are completely at home on the ruthless Skeleton Coast. We have already been able to capture a number of special moments, and I can tell you, there are no words for that …

Through Thika Foundation and CARE, we will keep you informed of the ups and downs of these young lionesses, and hope that you will continue to support the important work of Dr. Philip Stander. 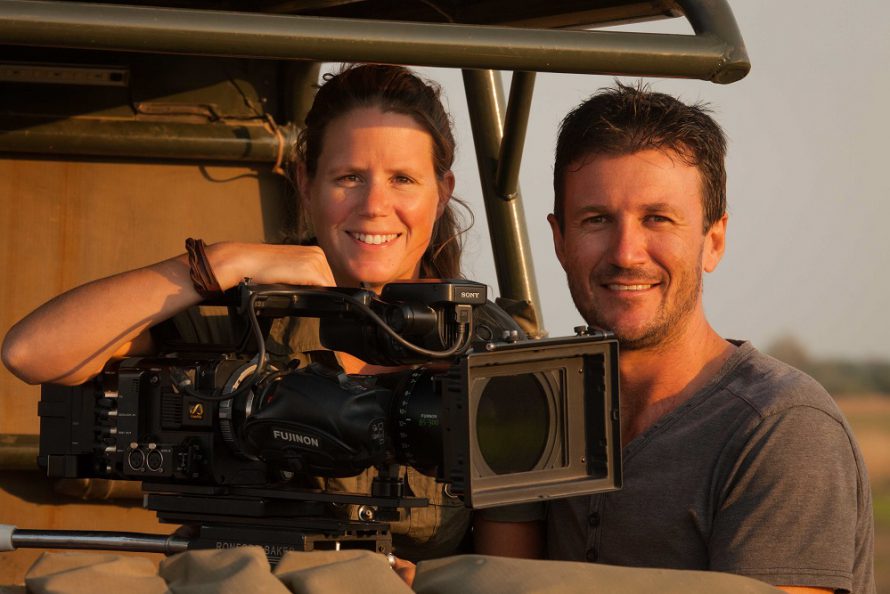 Especially for supporting the Desert Lion Project, Lianne and Will Steenkamp have made a large selection of photos of their registration of the lions available to you. With a donation of € 500, the photo of your choice will be printed on a beautiful canvas up to a maximum size of 50×150 cm (for the panorama format) or 70×100 cm (for the horizontal photos).  You can find them in the Thika Foundation webshop!